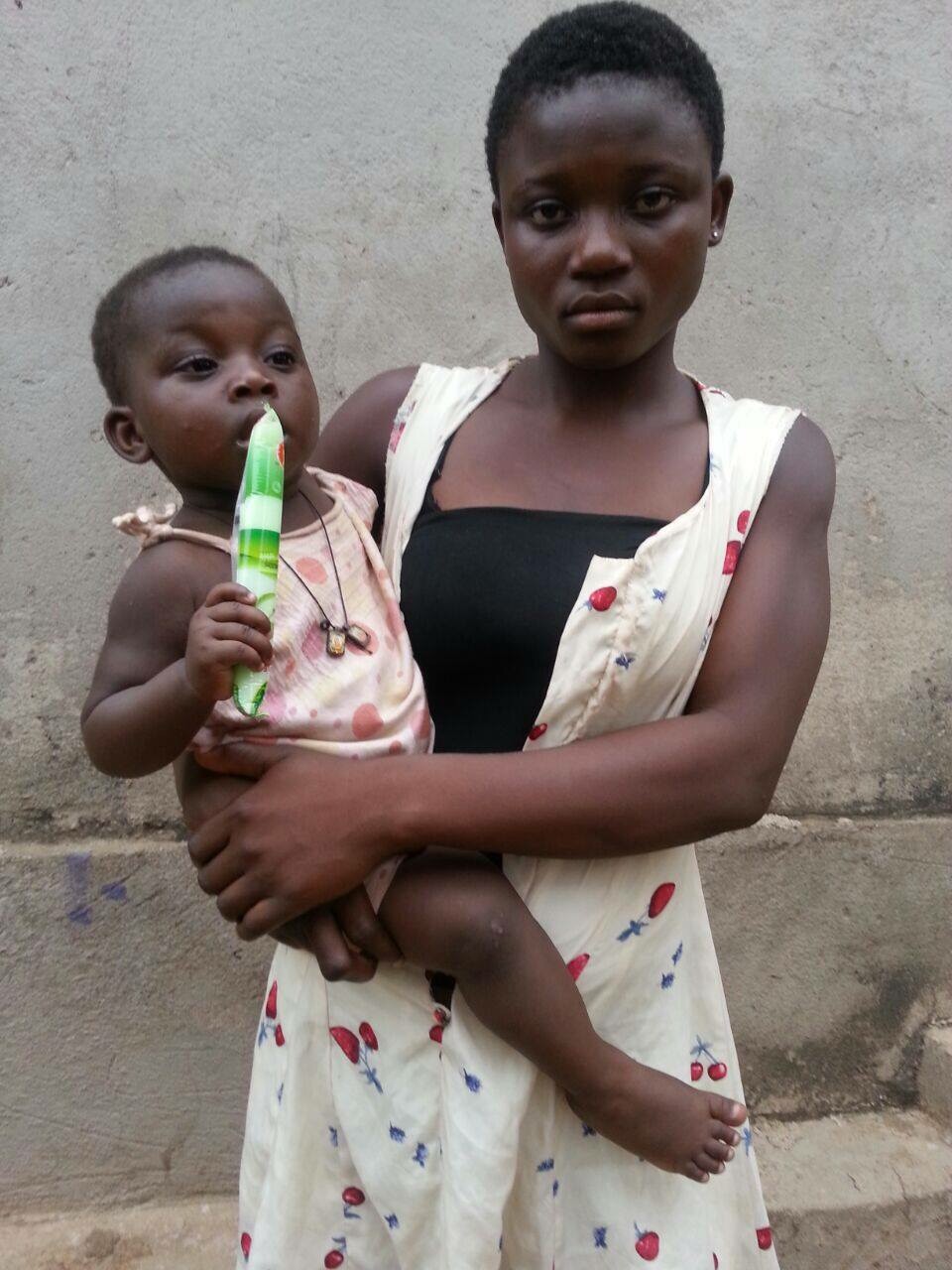 Erica Asantewaa is a 17 year old girl. Her baby is 1 years old. Erica was living with her grandmother because her mother and father passed away when she was a young girl. She doesn’t ever remember meeting her parents. Erica was taking care of her grandmother because she was disabled, and couldn’t care for herself. They lived deep in the bush, several miles from the nearest village. Every day, Erica would go to one of the local farms to collect cassava and plantain to sell in the local villages in order to get money to eat each day. When they got to the dry season, she could no longer get plantain and cassava to sell, so she went into the village to get a job. She got a job cutting grass for different people. She only had a cloth to wear for her clothing, and she didn’t have any under clothes. She was cutting grass for a man one day, and every time she bent over to cut the grass with her machete he could see up the cloth that was covering her. She wasn’t trying to be inappropriate, but he got turned on, and forced her to have sex with him. After she was finished, she went to tell her grandmother what had happened to her, but because her grandmother was bed ridden, she could do nothing to help Erica. The first month, her menses came, but the second month, she missed her period, so her grandmother had her take a test, and the found out that she was two months pregnant. The grandmother sent her to go tell the man that she was pregnant, but when Erica got to his house, he was gone. Her grandma started to get stressed every day because she was not sure how they would get enough money to feed everyone. When Erica was 4 months pregnant, they ate their dinner one night, and went to bed. The next morning Erica got up early and went to sweep the entire compound. When she finished, she came back to their room and found that her grandmother had passed away in the night, while she was sleeping. She was shouting and crying, and a husband and wife heard her and came to see what was going on. They saw that Erica’s grandmother had passed away, and they helped her dig a hole to bury her. Erica continued to live in the bush house by herself after her grandmother passed away, and gave birth to her baby with the help of the lady that helped her to bury her grandmother. The house that she currently lives in with her baby is made out of bamboo stalks and is still deep in the bush.If you would like to help Erica and her baby, please donate on our go fund me page. 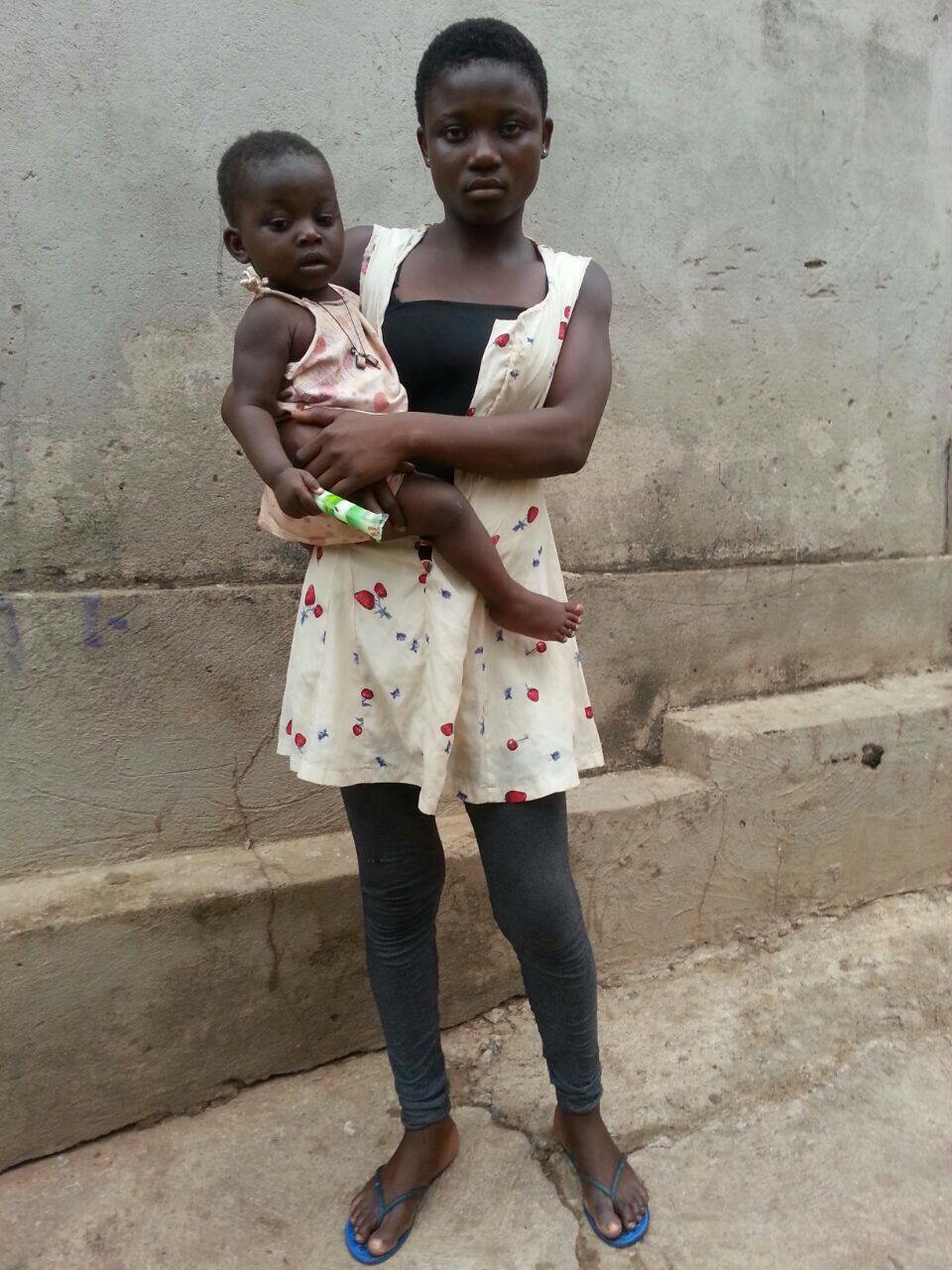 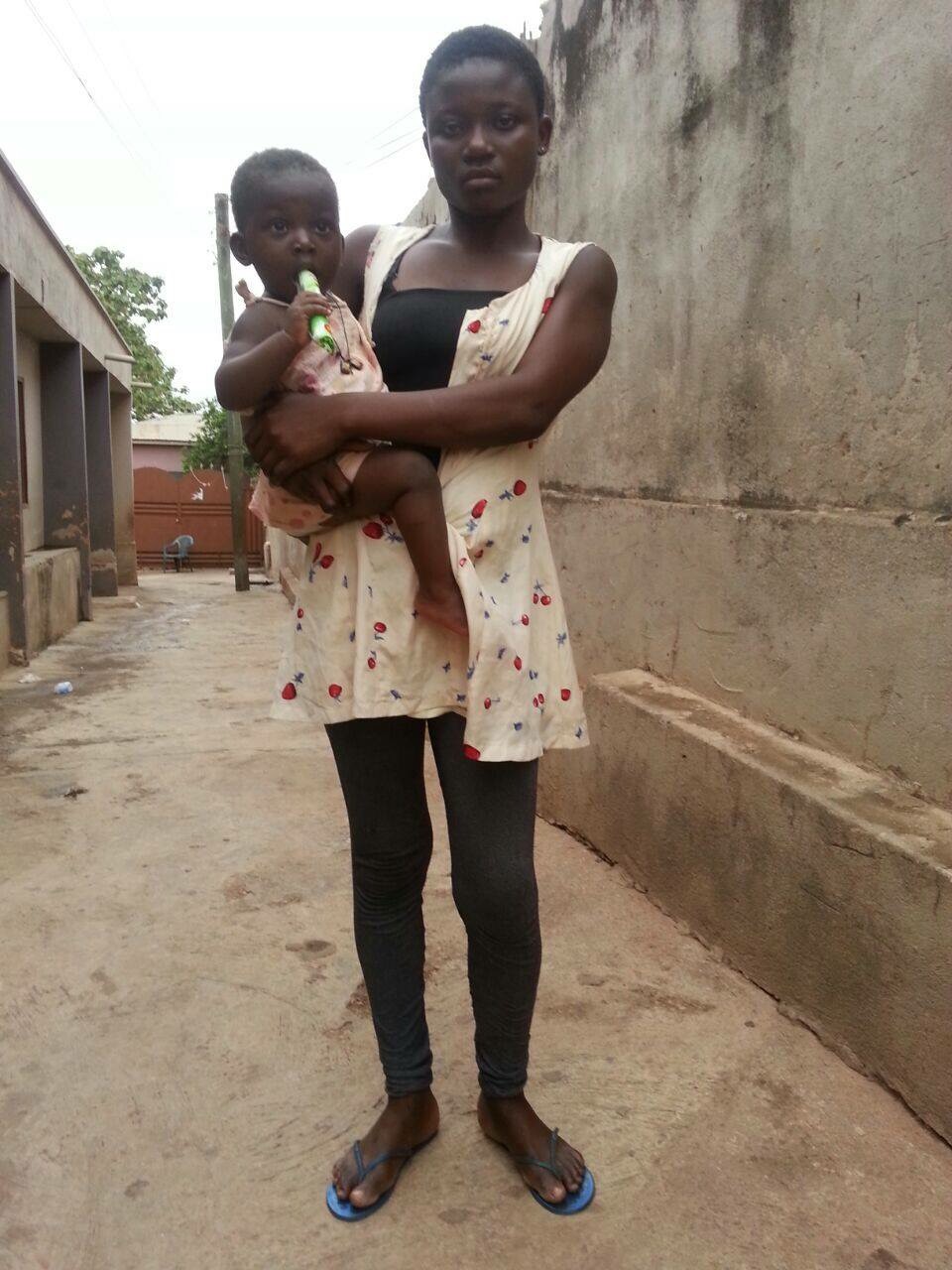